Safety is a must. Therefore, in the Café Vreiheit in Cologne (Germany), the company Karl Heinz Schaaf, Vorbeugender Brandschutz Köln (preventive fire protection) established a second emergency exit in the cellar – via an emergency hatch. Important: After having been unlatched, the hatch has to open on its own, without anybody’s assistance for the opening. DICTATOR calculated two gas springs for this about-16-kg-heavy hatch, along with their fixing points, which ensure a problem-free function. The hatch not only has to open on its own, it also has to remain open  at 90°, so that in case of an emergency and a possible subsequent panic the emergency exit is open. And it must be also possible to easily close it by hand.

To make sure the escape hatch perfectly functions for many years, the gas springs have to open the hatch in a cushioned manner. Otherwise, the hatch would knock open, thus damaging the hinges and the gas springs in the long run. Therefore, these gas springs feature damping on extending stroke. But closing the hatch again should require only a little force and for this reason there is no damping on compression stroke.

This way, the customers of the Café Vreiheit can enjoy their breakfast, lunch, coffee and dinner in peace . 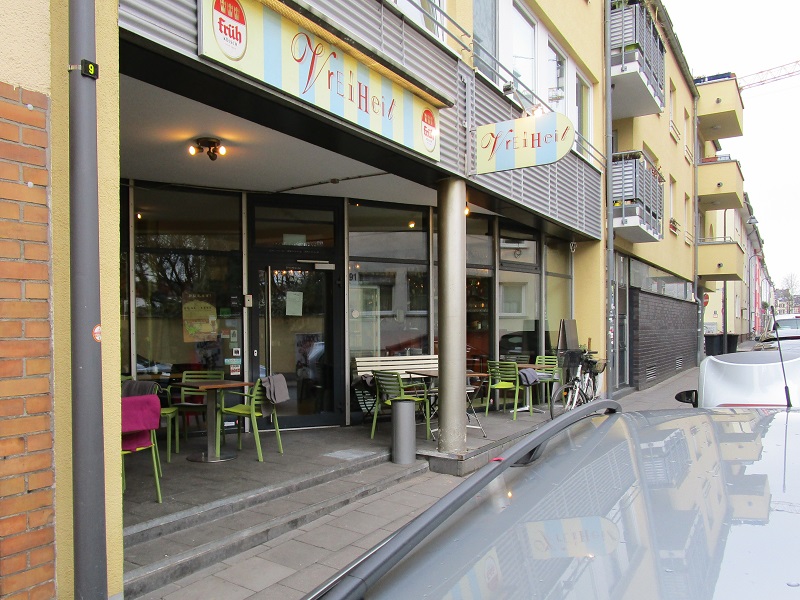 The Café Vreiheit in Cologne – café, restaurant and bar in one. A big favorite with the public from morning to night. 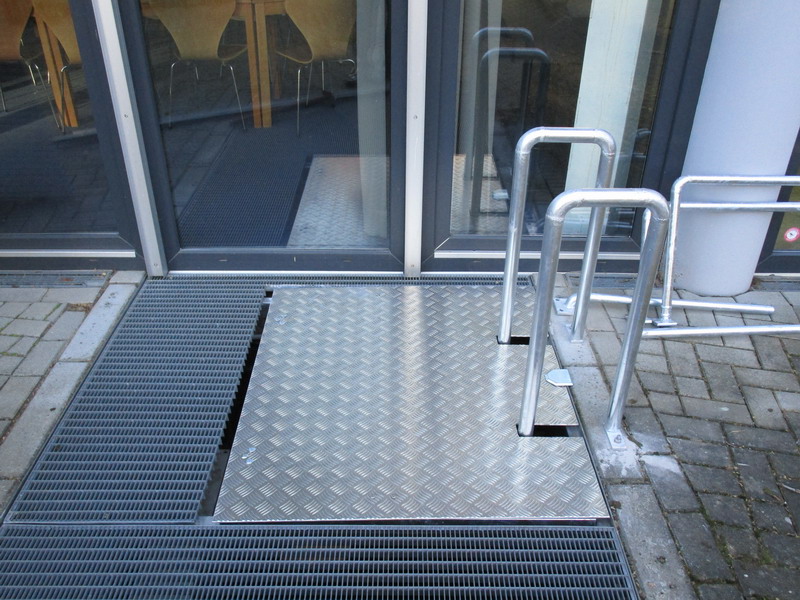 Normally the escape hatch of the second escape route is closed, 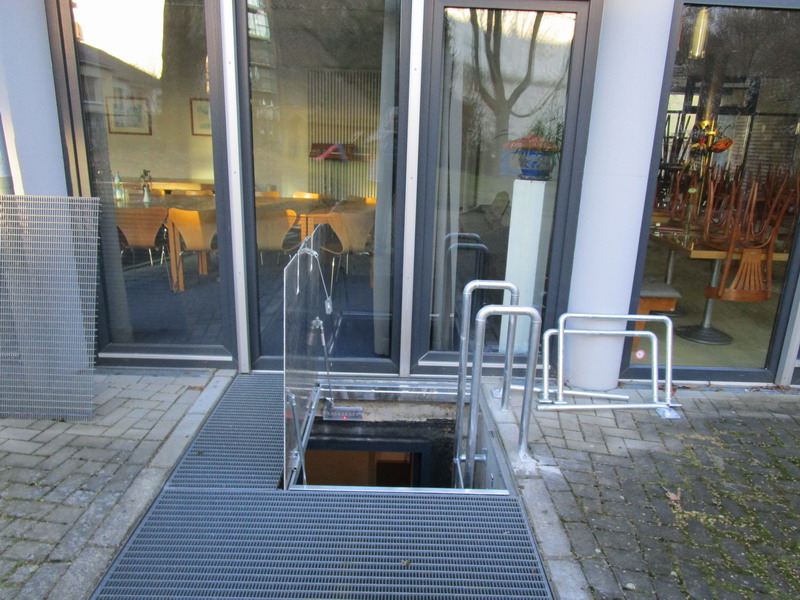 …. but in case of emergency it opens by means of 2 gas springs after having been released and clears the emergency exit. The hatch measures about 1000 x  1000 mm and weighs about 16 kg.