Hold-open systems integrated in door closers are certainly a visually appealing solution – but in many cases they are not suitable for schools.

As soon as the school bell sounds at the end of class, students suddenly develop undreamt-of energies in order to be able to leave the school building as quickly as possible. Doors are thrown open regardless of losses and exposed to such forces that they and their fittings quickly reach their limits. The result: the integrated hold-open systems get damaged. The small holding magnets installed in the door closers are not designed for such high impact forces, especially since these are multiplied by the lever action of the door. The situation is aggravated by the fact that the doors are often getting bigger for architectural and design reasons.

The defective hold-open devices in the door closers cause high repair and maintenance costs in the long run. And they also have a high risk potential: as long as the hold-open system does not work and the door has to remain open anyway, what happens? It is still fixed, not by a tested device that closes in the event of a fire, but by a wedge or another object – and thus remains open in the event of a fire.

For cost-saving and safety reasons, the city of Quickborn therefore decided to install a robust, long-lasting technology with separate DICTATOR electromagnets in such cases. The magnets and the corresponding counter plates have been tested according to DIN EN 1155 and withstand even high impact masses without a problem. For the city of Quickborn, the aesthetic demands for a hold-open system is absolutely secondary.

The closing function of the existing overhead door closers continues to be used – replacement is not necessary.

The city of Quickborn clearly emerged as the winner in the test of strength with the support of DICTATOR. 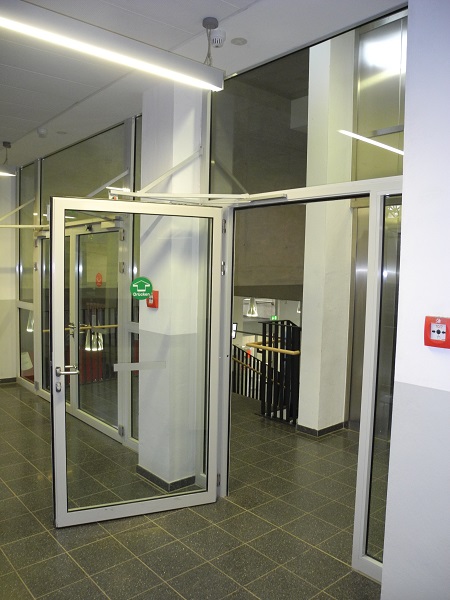 The solution which now also withstands the rush of students leaving the building are separate electromagnets fixed onto sturdy brackets – in combination with the existing overhead door closers. 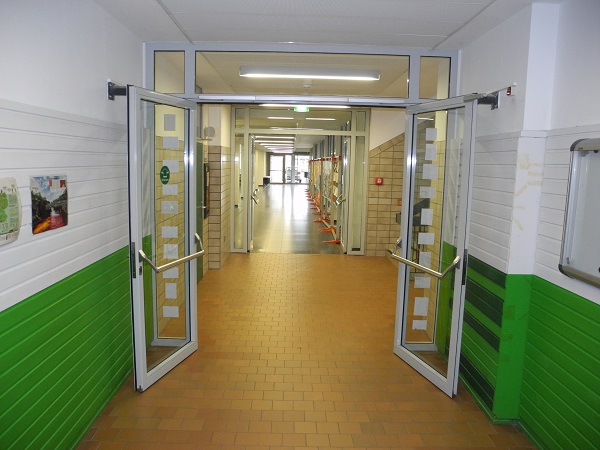 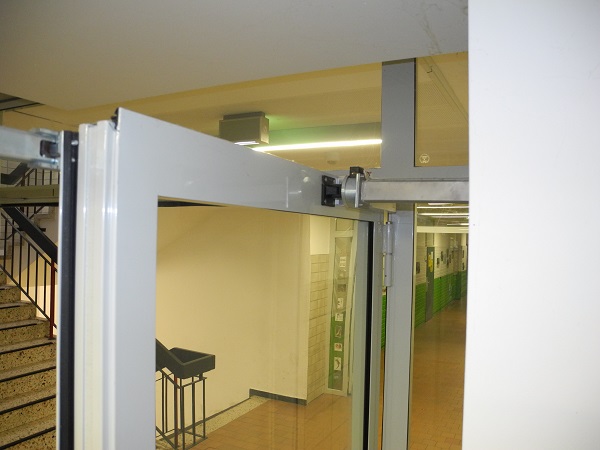 In this case, all brackets were provided on site. However, DICTATOR also furnishes different brackets as accessories and many different models of magnets to make the installation as easy as possible. 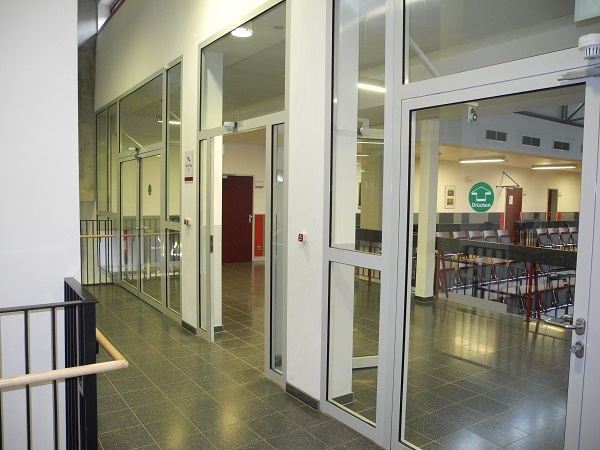 One can well imagine the forces that occur when students push this door open at the end of the school day. However, most fire doors generally should not be open, but remain closed as standard – also to keep the noise level in the building as low as possible.