Now the door closer can focus on its duty – closing the door – and is no longer exposed to gusts of wind. These are now taken care of by the back check.

As many other outward-opening doors, the ones at Rudolf-Steiner-School in Mönchengladbach (Germany) had problems under strong winds. First, it destroyed the slide channel of the door closer and later also the door, because it hit uncontrolled against the facade.

The company Eisenjansen from Geilenkirchen (Germany) contacted DICTATOR. They needed a solution with which the door could be closed by an overhead door closer as usual, but which could also prevent uncontrolled opening. And it also had to be possible for small children to open the door easily.

With the help of mounting brackets specially developed for doors with overhead door closers, it was no problem at all to install a back check. The back check allows a largely normal opening of the door, but becomes immediately active whenever the door is thrown open too strongly, e.g. by a gust of wind or by children running out. It slows down the movement of the door until it reaches the maximum opening angle allowed, so that neither the door closer, the door or even people can be harmed.

The first back check installed impressed the school so much, that afterwards another four doors were also retrofitted. 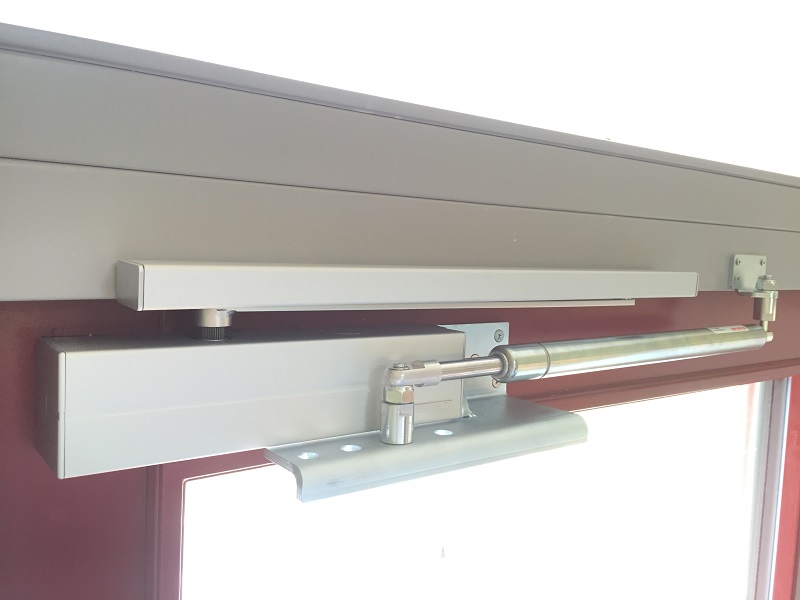 The mounting bracket for the installation on the door leaf together with an overhead door closer allows an optimum function. 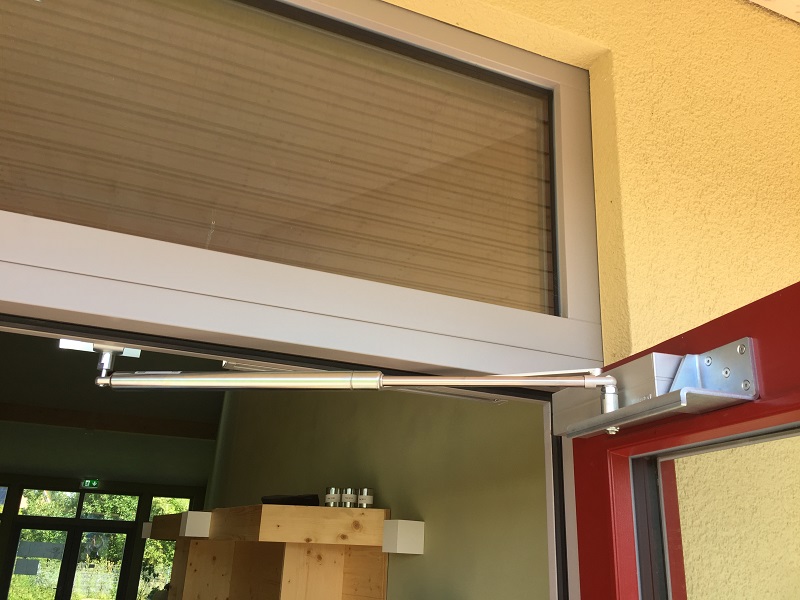 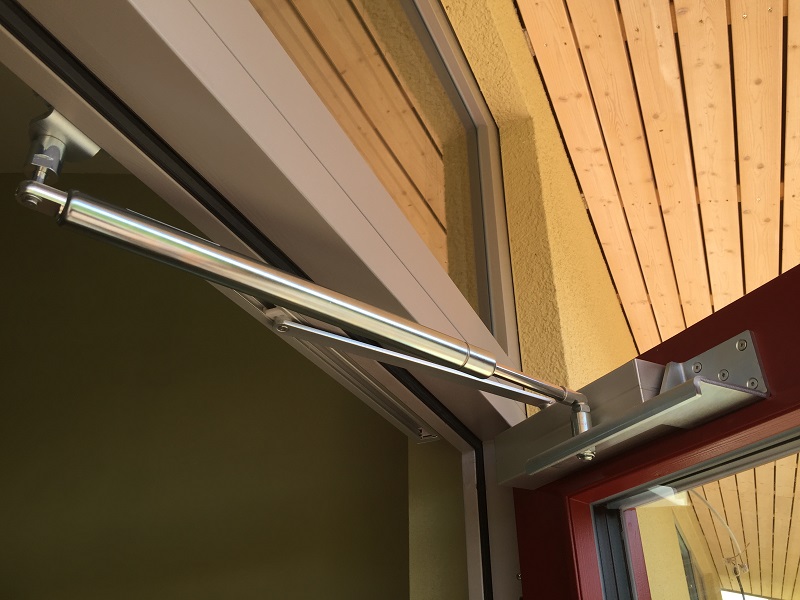 The operating arm of the slide channel door closer and the back check don’t interfere with each other also during opening or closing. 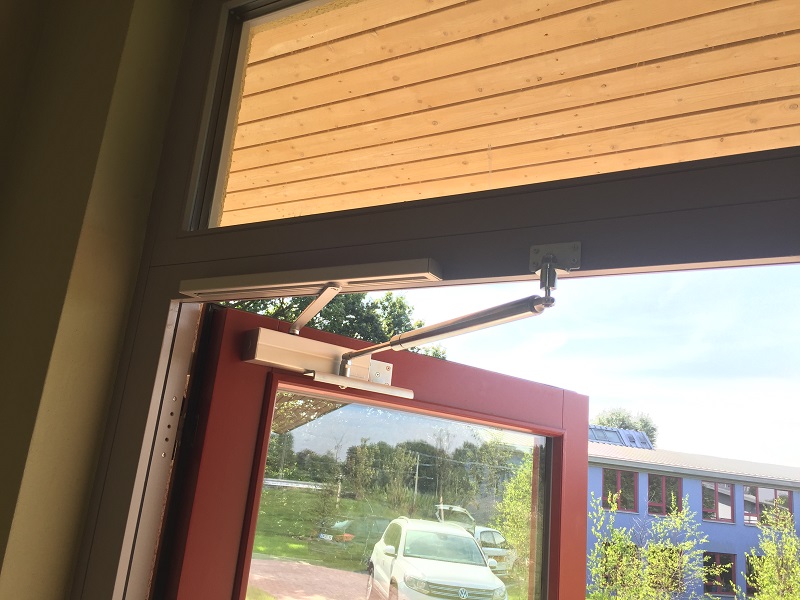